(also refer to this blogpost for more information)

Otto Hainzl observes. What kind of society we are, who WE are as a society to begin with. What approaches WE take to life. This theme is the golden thread running through his entire oeuvre. It usually refers to our European cultural sphere. And it makes no difference where in Europe his motifs arise—his chosen sites are for the most part interchangeable, and he doesn’t view social patterns as being tied to place 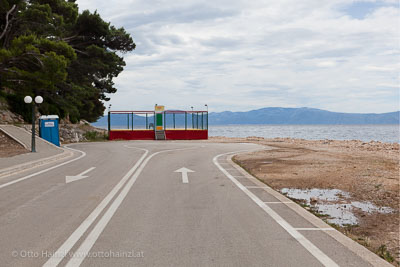 Otto Hainzl observes us, including (rather than exempting) himself. He does so by capturing the traces we leave behind—which he makes visible to us as a sort of feedback. It is to us, as observers, that their interpretation is left. Via this reflection, he shows us—the audience—unfamiliar and often baffling aspects of our own selves. His scenes, largely in color, embody everyday situations that always feature multiple layers but delve unexpectedly deep, to a level where the statements they make claim their space. This characterizes his mode of working—as well as his pictures, the longer one views them.

Individual series adhering to this basic idea can be found under the menu heading “Projects.”